With brand new space combat, playable Jedi characters, and over 16 all new battlefronts, Star Wars Battlefront II gives you more ways than ever before to play the classic Star Wars battles any way you want.
Enhanced Single-Player Experience – Join the rise of Darth Vader’s elite 501st Legion of Stormtroopers as you fight through an all new story-based saga where every action you take impacts the battlefront and, ultimately, the fate of the Star Wars galaxy.
All New Classic Trilogy Locations – Fight inside the corridors of the second Death Star, in the marshy swamps of Dagobah, and even aboard the Tantive IV, Princess Leia’s Blockade Runner, as seen at the beginning of Star Wars Episode IV: A New Hope.
More Classes and Vehicles – Now choose from six distinct soldier classes, plus bonus hero characters for each of the four factions: Rebels, Imperials, CIS and the Republic. Then jump into more than 30 diverse ground and space vehicles, including the clone BARC speeder, AT-RT and new Jedi Starfighter and ARC 170.
PLUS Improved Online Features – Engage in massive online battles with multiplayer action for up to 64 players. Play five different online game modes including Conquest, Assault, one-and two-flag Capture the Flag, and Hunt.
Now for the first time, Star Wars Battlefront II lets you…
Fight as a Jedi – Earn the ability to wield a lightsaber and use Force powers like Yoda, Darth Vader and many other heroes and villains.
Battle in Space – Dogfight in X-wings, TIE fighters, Jedi starfighters and other classic starcraft, or land your ship on a star destroyer and fight it out on foot aboard enemy ships.
Play 16 New Locations – Battle across Star Wars: Episode III environments such as Utapau, Mustafar and the epic space battle above Coruscant.

Battlefront II is fundamentally similar to its predecessor, albeit with the addition of new gameplay mechanics. The general objective in most missions is to eliminate the enemy faction. Like Star Wars Battlefront, the game is split into two eras, the Clone Wars and the Galactic Civil War. Players have the ability to choose between six classes during gameplay. Four class types are common to all factions; infantry, heavy weapon, sniper and engineer. In addition to the four standard classes, each faction has two unique classes which unlock by scoring a predetermined number of points. For the Rebellion faction, the Bothan Spy and the Wookiee; for the Empire, The Officer and The Dark Trooper; for the Republic, the Commander and the Jet Trooper; and for the CIS, the Magnaguard and the Droideka. Battlefront II also features heroes – a special class that allows the player to control iconic characters from the Star Wars universe. Heroes serve as a bonus to players, and are unlocked by meeting certain criteria, such as earning a certain number of points. Differences between Battlefront II and its predecessor include the ability to sprint and the ability to roll forwards. In addition to utilizing heroes in conquest matches, the game also featured a hero assault mode in which heroes were pitted against villains in a team deathmatch format. 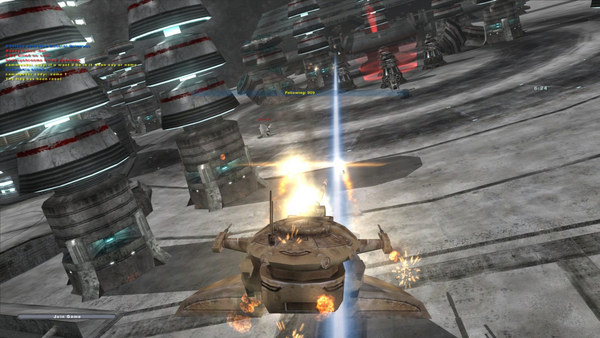 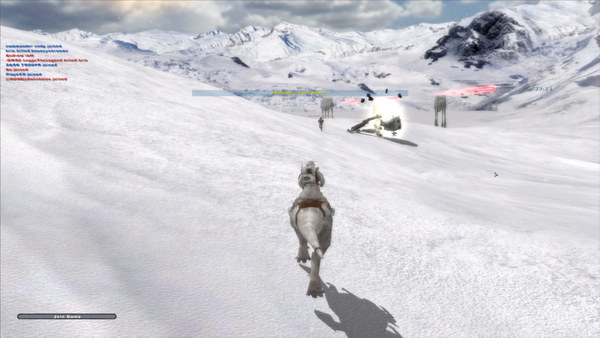 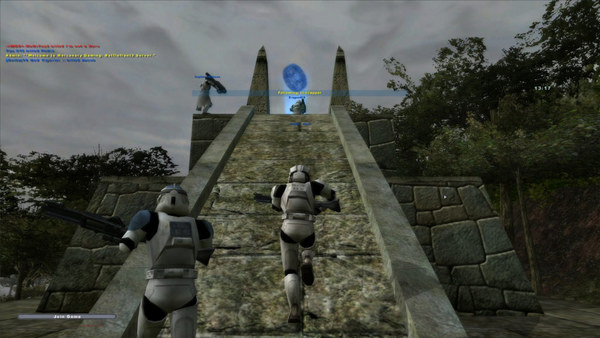