Constantine is an action-adventure video game developed by Bits Studios and published by THQ in March 4, 2005 for Microsoft Windows.

The game casts you in the role of John Constantine, an occultist detective whose line of work has him running in some truly dark circles. The game’s plot, which will mirror the film’s, will find you attempting to discover exactly what’s behind the seemingly random, mystical events that are bringing demons into our world (hint: it’s nothing good). Over the course of the investigation, you’ll discover the larger, more ominous implications of the events and have to deal with the mysterious and deadly Mammon.

Starring Hellblazer star John Constantine, Constantine tells the tale of the eponymous hero’s battle against the forces of evil when he finds that fully fledged demons are crossing over into our world with seemingly no care at all. When Constantine’s associate, Beeman sends Constantine to investigate this problem, he meets up with Father Hennessy who acts as a sidekick, giving help with a special Storm Crow spell.
As the game opens, John is being bought into a hotel to draw a soldier demon out of a little girl. Once the exorcism is over, the woman wakes up, confused. Back in Beeman’s office, John is told that the line between Hell and Earth is substantially weaker than it should be. Moving to the back of the room where there is a slight leak, John steps into a puddle, speaks a spell under his breath and finds himself in Hell.
As John arrives in Hell, he notices people being torn to shreds by demons, being tortured for all eternity. Then as he looks up, he realises the demons are moving in to attack him. Dispatching them, John moves on to search Hell for the first part of a dissassembled Holy Shotgun whilst watching the evils and cruelties of Hell for himself. As he looks for the piece, more and more souls are butchered and more demons try to take John out. 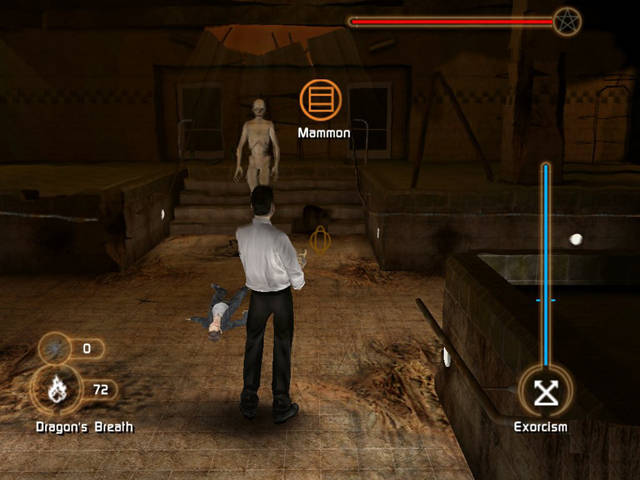 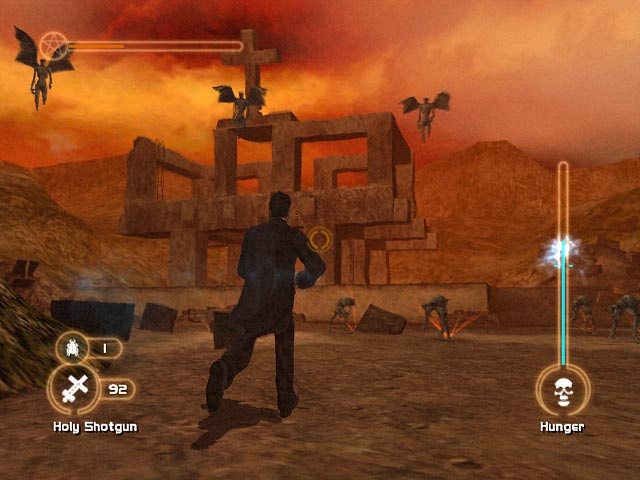 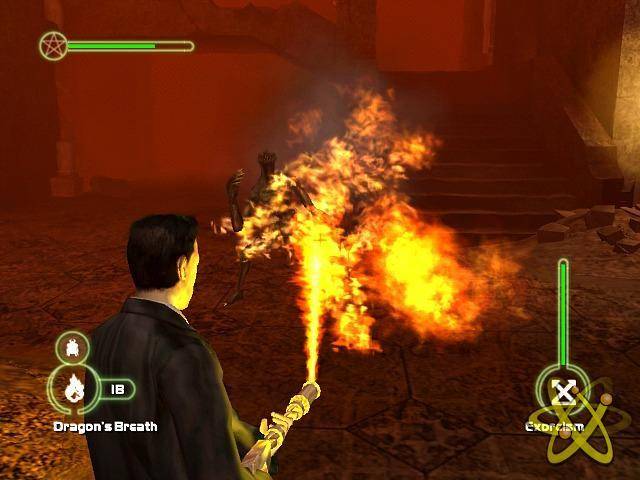