Act of War: Direct Action is a real-time strategy game developed by Eugen Systems and published by Atari, Inc. The game was released in March 2005 and features a detailed story written by Dale Brown, a retired captain of the US Air Force and a bestselling author.

About Act of War: Direct Action

The game includes a combination of pre-rendered cut-scenes and over an hour of live action film. Live action was shot in Montreal, Canada during the summer of 2004. Pre-rendered cut-scenes were done using machinima technique, wherein one person plays while being recorded from different angles (with all interface elements hidden). The recorded video is then postprocessed and provided with sound effects and dialog. Act of War features gameplay elements such as heavily wounded soldiers being immobilized and unable to engage in combat until they can be reached by medical help, the ability to take prisoners of war, buildings that are realistically destructible, and the ability to create barricades. Unlike RTS games in which all-around-effective units may be mass-produced and used almost exclusively over other units, Act of War required the player to use a variety of units which allowed for diverse strategies. 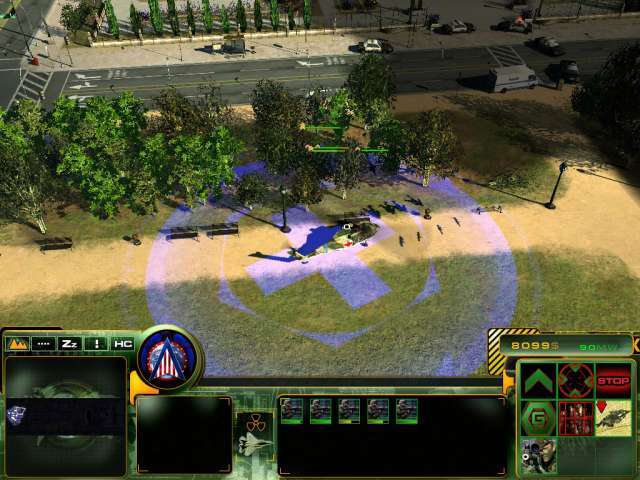 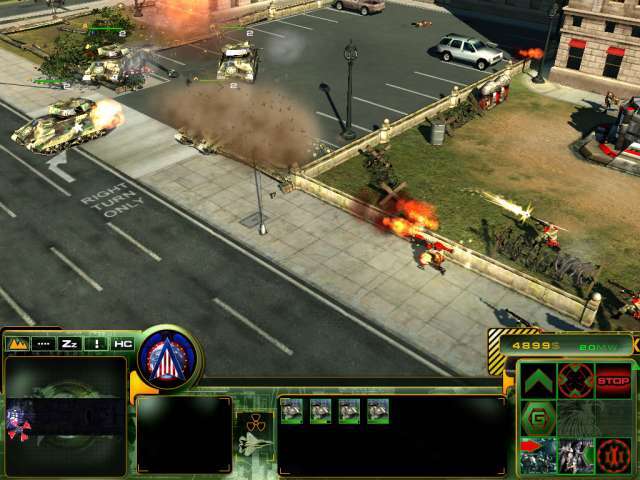 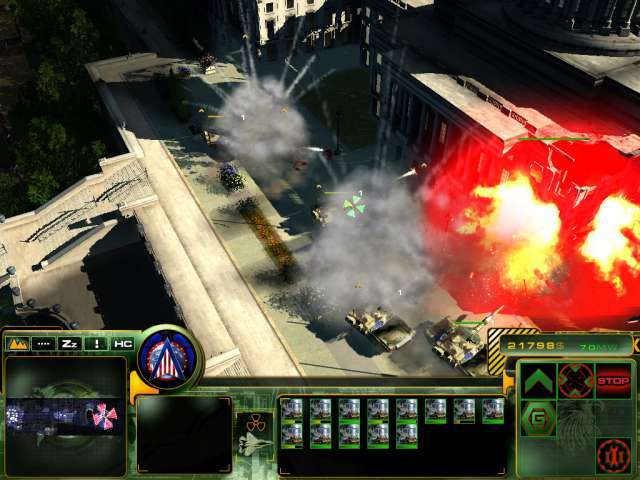