Driver 3 (DRIV3R), is a 2004 racing, shooting, and adventure video game. It is the third installment in the Driver series and was developed by Reflections Interactive and published by Atari.

DRIV3R is the next evolution of one of the most popular PlayStation One franchises around. Featuring Hollywood-level production values and a continuation of the story of the previous games’ hero Tanner, DRIV3R boasts the vocal talents of actors such as Mickey Rourke, Michael Madsen, Michelle Rodriguez, and Ving Rhames, while modeling the three real-life locations of Istanbul, Nice, and Miami. Other features include: more than 150 miles of highway and city street, a vehicular destruction model with multiple break points, and more than 50 controllable automobiles.

The vehicles in Driver 3 are based on real life vehicles and are designated to behave as such. For example, bullet holes appear when a car is shot, vehicles only take significant damage when the engine is hit (if the car is hit behind, the trunk of the car will pop out and start bouncing off), tires can be shot at, leading them to puncture and screech very loudly while a vehicle is moving, and individual pieces of the car can be shot out or can fall out after taking damage (e.g. car doors can fall apart.)
If the engine is shot multiple times, smoke will start to burn out of the car. But if Tanner keeps shooting at it, the engine will ignite and the car will explode into small pieces. The car can also explode while Tanner’s inside and driving. Bumping into objects and obstacles that stand in your way will also damage the car and make it explode. Vehicles respond very well to the collisions.

Weapons are unnamed in the game. Weapons’ firing range depends on their type. When the game first starts in Take A Ride mode, Tanner is only equipped with one weapon. Other weapons are gained by playing missions. In Take A Ride mode – stealing them from the police, or from your enemies. Pedestrians will start running if they see Tanner carrying a gun or if they hear gunshots. They will also run if Tanner drives near them or on a footpath. There are various types of guns that are available in the game: pistols, rifles, grenade guns, etc. 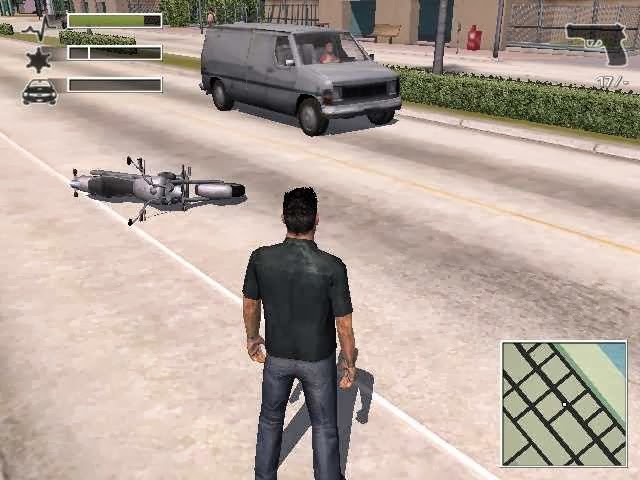 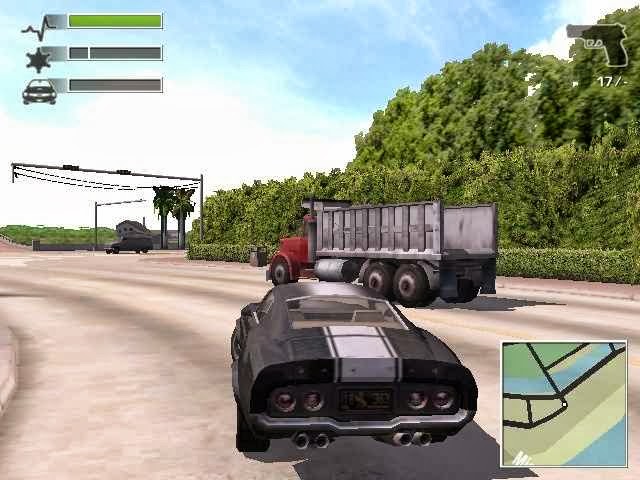 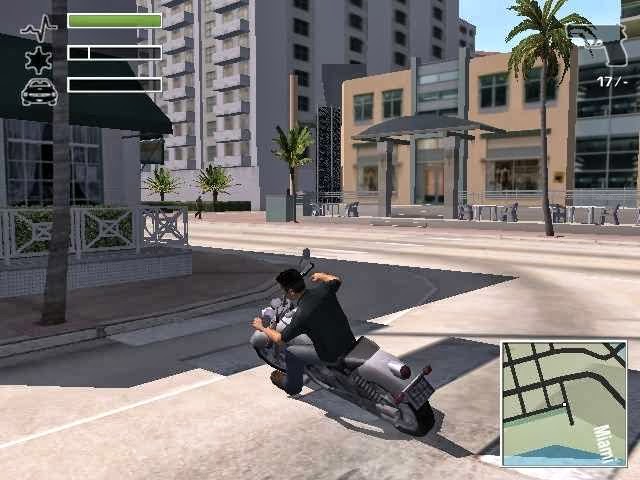