SWAT 4 is a tactical first-person shooter video game developed by Irrational Games and published by Vivendi Universal Games on April 5, 2005. It was built on Irrational Games’s Vengeance Engine powered by Unreal Engine 2 technology. In SWAT 4, the player leads a SWAT tactical element in resolving various situations, such as hostage standoffs or apprehensions of dangerous subjects. An expansion to SWAT 4, entitled SWAT 4: The Stetchkov Syndicate, was released on February 28, 2006.

SWAT 4 Gold Edition contains the SWAT 4 original game and the SWAT 4: The Stetchkov Syndicate expansion.
Swat 4 Overview
SWAT 4 is as close to a simulation based around being as real a swat officer as you can get. The game is extremely realistic, mostly in that the amount of damage you can take before dying. It might only take 1 to 2 shots to take you down, and if you get hit in the legs at the beginning of the map, you’re going to move slower than molasses through the rest of the level, making you want to restart just so you don’t move so slowly. The game also encourages use of non lethal force.
SWAT 4: The Stetchkov Syndicate Overview
Crime is on the rise. More guns and drugs are appearing on the streets and the city is in crisis. SWAT is called in to take on a series of disturbances that eventually lead them to the root of the problem, an eastern European crime family that has taken up residence in the city. A final showdown will place legendary SWAT tactics up against the most dangerous and ruthless criminals yet: the Stetchkov syndicate. The Stetchkov Syndicate is putting big guns in the wrong hands. But now, you’ve got bigger guns in yours – along with upgraded equipment.

Unlike the first two Swat games, this game follows the more traditional first person shooter style of Gameplay, much like the third. As stated above, the game focuses more on capturing and subduing criminals rather than taking them out. Before you can obtain permission to shoot them, you have to call out to them to freeze and put their weapons down. However, if they decide to shoot at you, regardless of the situation, you are given permission to use deadly force without losing any end level points. To help you out with this, you are given the option to take strictly non harmful weaponry, such as a paintball gun that shoots pepper balls that act as a form of tear gas, causing the victim to hack and cough and cover their face, distracting them and practically forcing them into submission. If this still doesn’t work, you can have a stun gun as your secondary weapon in order to incapacitate the victim. No matter how you take them down you are then supposed to cuff them, secure any of their weapons, and report it back to the commander. 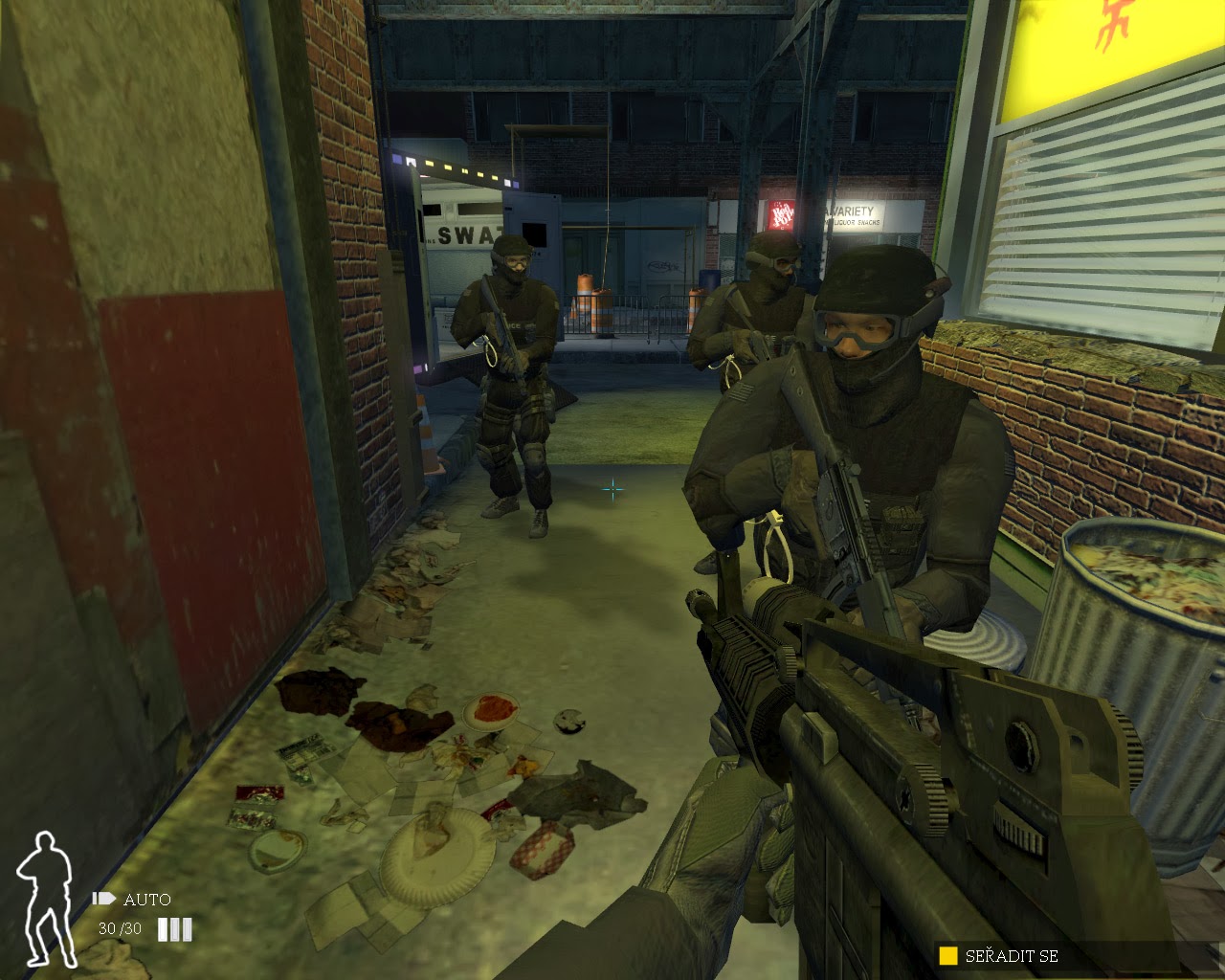 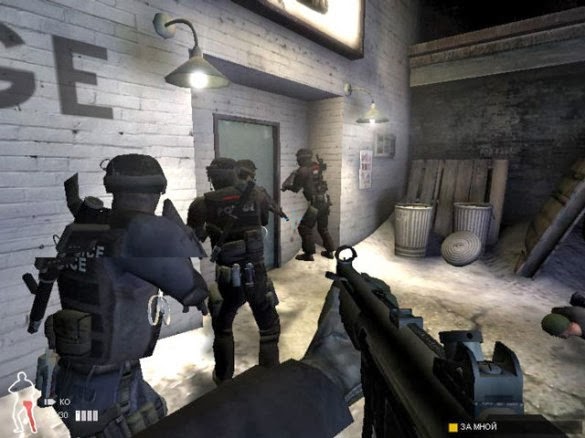 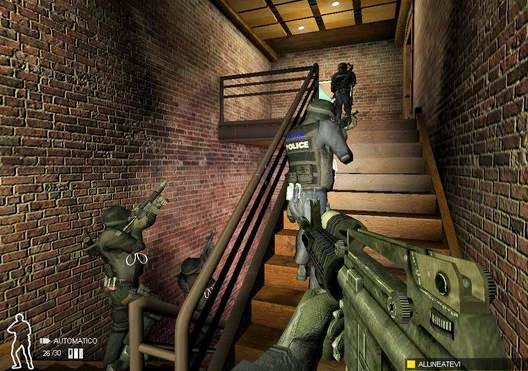