Ultimate Spider-Man is a video game based on the comic book of the same name by Brian Michael Bendis and Mark Bagley. The game was released on most sixth generation consoles, including Nintendo DS, GameCube, PlayStation 2, Xbox, Microsoft Windows and Game Boy Advance.

Ultimate Spider-Man takes the free roaming style of gameplay from the Spider-Man 2 movie adaptation and creates its own unique experience. The game is completely based off of the comics with the same title and continues young Peter Parker’s adventures as Spider-Man. Players will encounter villains such as Rhino, Shocker, and Venom through as the game unfolds. The visuals were created along with the artists who worked on the comic series and offers a distinct art style.

In Ultimate Spider-Man, the player can experience a free-roaming city environment that covers Manhattan and Queens. The player starts in story-mode where the game automatically switches between Spider-man and Venom. Spider-Man travels by web swinging, but the player must shoot a web at an actual building to swing, much like in the previous game, Spider-Man 2. Spider-Man uses acrobatic attacks. Venom travels by using his symbiote to pull himself and by performing massive jumps. Venom attacks using his claws and tendrils. Venom can also throw cars at targets and perform much more brutal attacks, including eating people in order to gain health.
As the game progresses, Spider-Man and Venom will have certain “City Goals” to accomplish in order to continue the storyline. There are additional activities throughout the game such as finding secret tokens, landmark tokens, comic book covers, and competing in trick races. 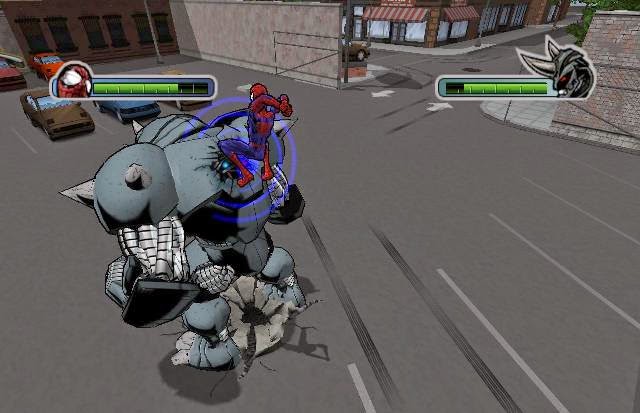 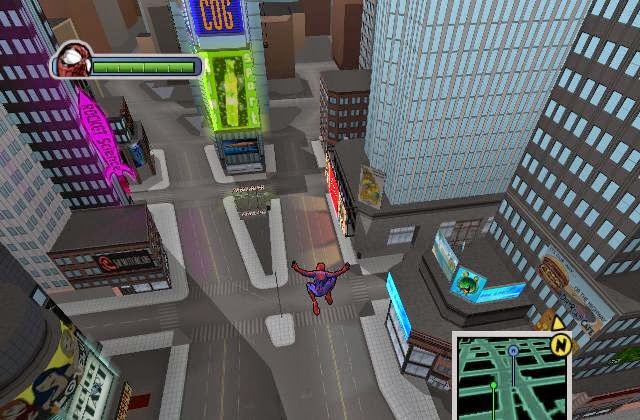 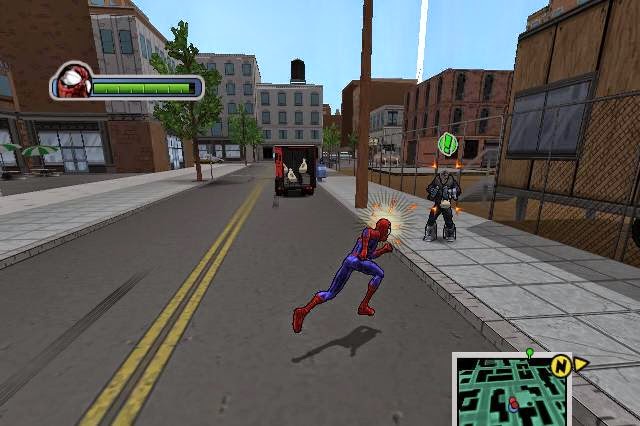