Falcon 4.0: Allied Force (F4AF) is a combat flight simulator developed by Lead Pursuit, LLC, which was intended to fix many of the issues gamers had with the original Falcon 4.0 including AI, graphics, and certain aspects of realism. The game features several variants of the F-16 Fighting Falcon as flyable aircraft, and 2D interactive cockpits. It comes with a 716 page PDF manual which explains in great detail F-16 avionics, weapons systems, flight characteristics, and dogfight tactics, along with explanations on how the various game modes work.

Pilot three different variants of the F-16 Fighting Falcon including Block 40, Block 50/52 and MLU variants. Ultra-high fidelity physics modeling closely simulates actual aircraft performance.
Engage the enemy in two operational theaters, Korea and the Balkans, each covering over a million square Kilometers of territory. Dogfight over a wide variety of landscapes: wide seas, open grasslands, dense forests and snow capped mountains. Fly nap-of-earth missions through detailed terrain and undulating valleys.
Launch a variety of air-to-air missiles like the AIM-120 AMRAAM and AIM-9 Sidewinder. Deploy a vast array of air-to-ground weaponry including the AGM-65 Maverick, AGM-88 HARM, cluster bombs, slick and high drag bombs and laser guided ordnance. Weapon systems are simulated using the most accurate publicly available specifications.
Simulate an entire war with the most advanced dynamic campaign engine ever made for your PC. This remarkable feature presides over tens of thousands of vehicles: air, land and sea. No two missions ever fly the same!
Rely on advanced AI (Artificial Intelligence) to control your wingmen, or direct them as required throughout the mission.
Participate in cooperative or adversarial multi-player flight over a LAN or over the Internet. Join large packages that can include over 20 aircraft — some of which are flown by computer AI, others under human control during multi-player flight.
Encounter nearly every air defense measure available including SAMs (radar, infrared and optically guided), AAA and a GCI/IADS network designed to alert and neutralize threats on both sides. Search for enemies using accurate radar modes: RWS, TWS, VS, ACM, GM, GMT, SEA.

– Fly alongside and against other aircraft prosecuting their own missions.
– Bomb damage may or may not be repaired, depending on enemy resources and command.
– Negotiate the electronic warfare arena with ground, air and sea radars.
– Wingmen use real world doctrine and tactics in all aspects of their missions. Tune in to radio chatter directly related to the events unfolding around you.
– Call on AWACS assistance in finding targets when you need help defending your flight from interception.
– Go up against challenging enemy aircraft, sea and ground defenses all of which employ real attack and defense tactics.
– Experience authentic Air Traffic Control procedures with stacks and talk down via your aircraft’s radio.
– See busy airbases with parked and taxiing aircraft, helicopter traffic, and aircraft takeoffs and landings. 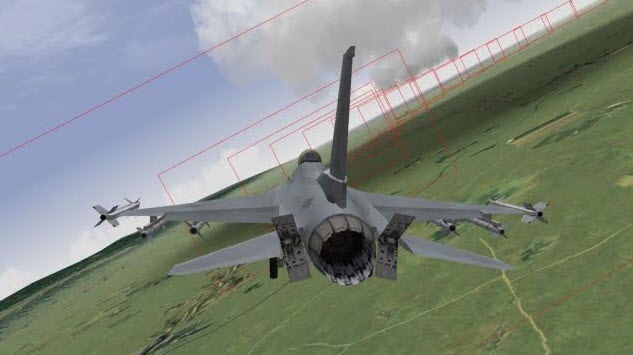 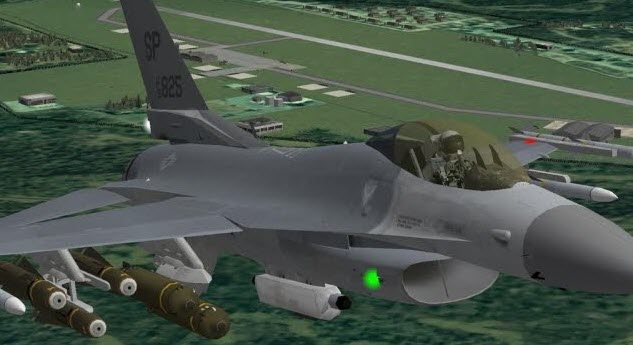 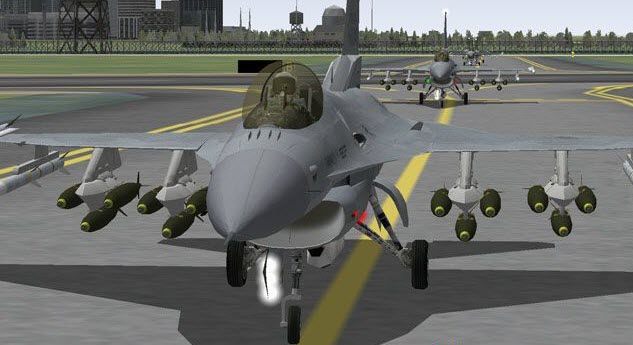