Doom 3: Resurrection of Evil (stylized as D00M3 RESURRECTI⊕N ⊕F EVIL) is a first-person shooter video game developed by Nerve Software. It was released for Microsoft Windows on April 3, 2005, as an expansion pack and sequel to Doom 3.

About Doom 3: Resurrection of Evil

Doom 3: Resurrection of Evil is an expansion for id Software’s Doom 3 which was originally released for the PC in August of 2004. Resurrection of Evil arrived on the PC in April of 2005 and for Microsoft’s Xbox in October of the same year. The expansion introduced a few new weapons and enemy types not present in the original Doom 3 but largely kept the gameplay of the original intact, however with a slightly larger emphasis on action. The new weapons consist of a double barreled shotgun and the Ionized Plasma Levitator (effectively a “grabber”, similar to the gravity gun in Half Life 2).

The only brand new gameplay addition in Doom 3: Resurrection of Evil is the use of an artifact called the Hellstone, which looks like a human heart. It gives the player a brief period of time to use a key set of powers. These powers include slow-motion, enhanced damage and invulnerability, and are gained by defeating bosses throughout the game. The Hellstone is charged using the souls of dead bodies which litter the levels.

Resurrection of Evil adds in two new main features to the gameplay that the player can use throughout the game. The first, is a tool that was originally developed for Doom 3; “the Grabber”. The Grabber, like the “Gravity gun” from the game Half-Life 2, is a physics-based weapon that allows the player to pick up and move certain items. It also allows the player to catch fireballs and throw them back at the enemy. Resurrection of Evil has come under some criticism about the use of the Grabber due to the prior popularity of the similar weapon in Half-Life 2. The developers have commented that the tool was originally in Doom 3 before Half-Life 2, and was used to create “damaged” rooms; instead of building a ruined room, they would build a pristine room and use the grabber to “damage” it realistically. 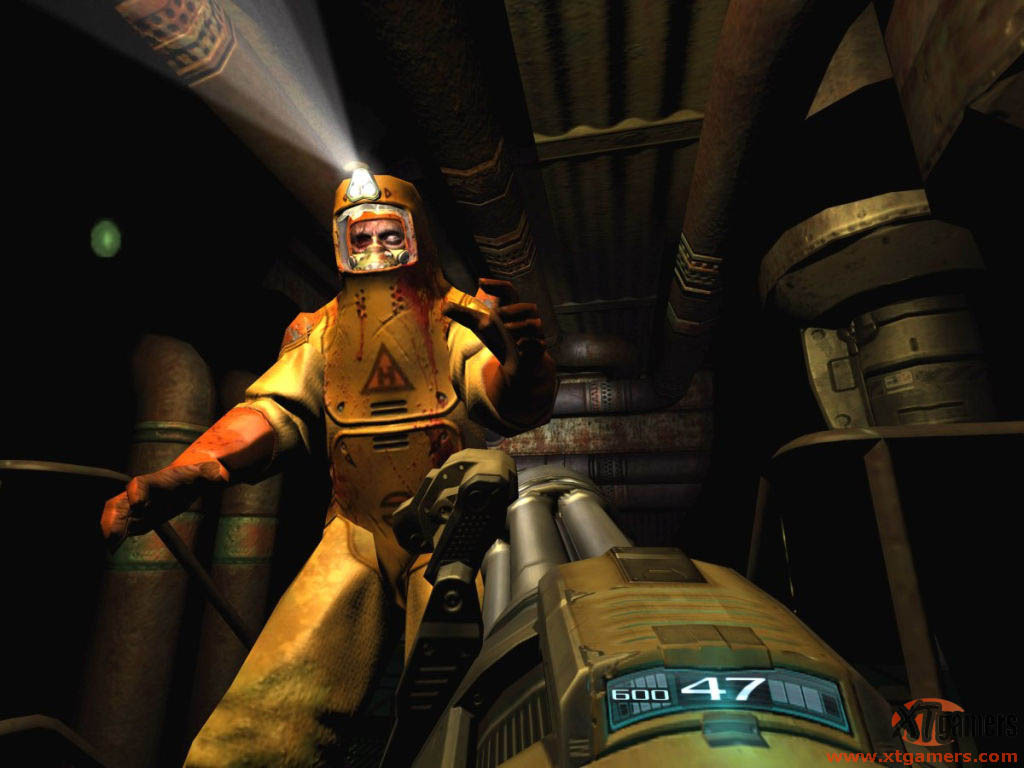 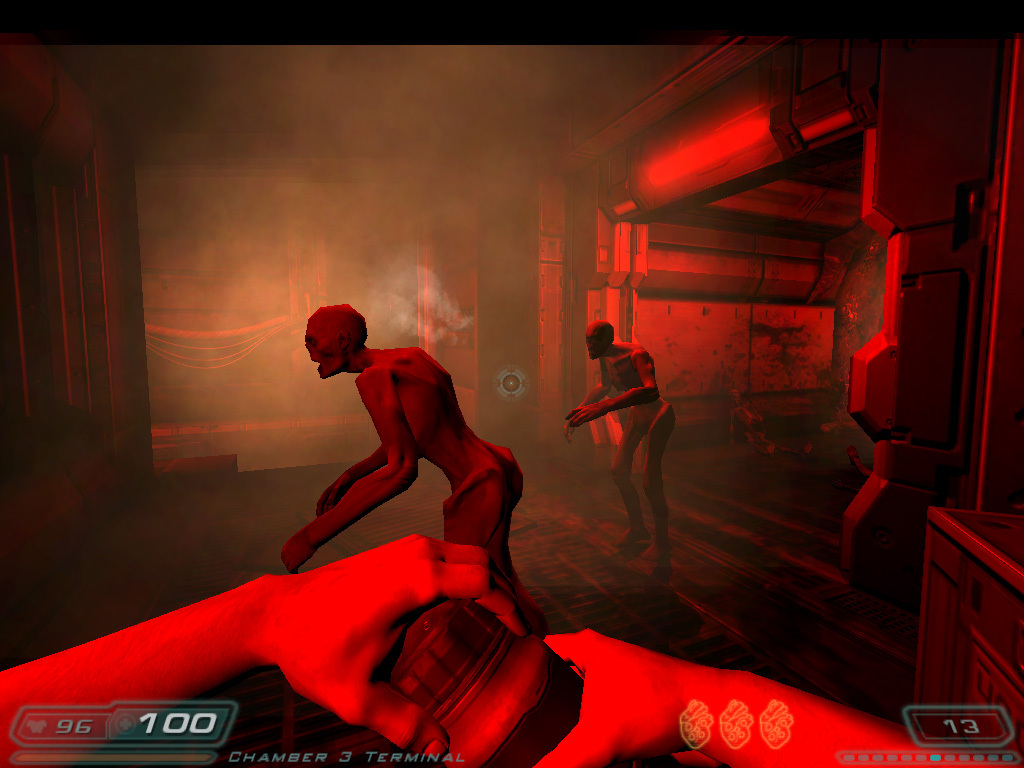 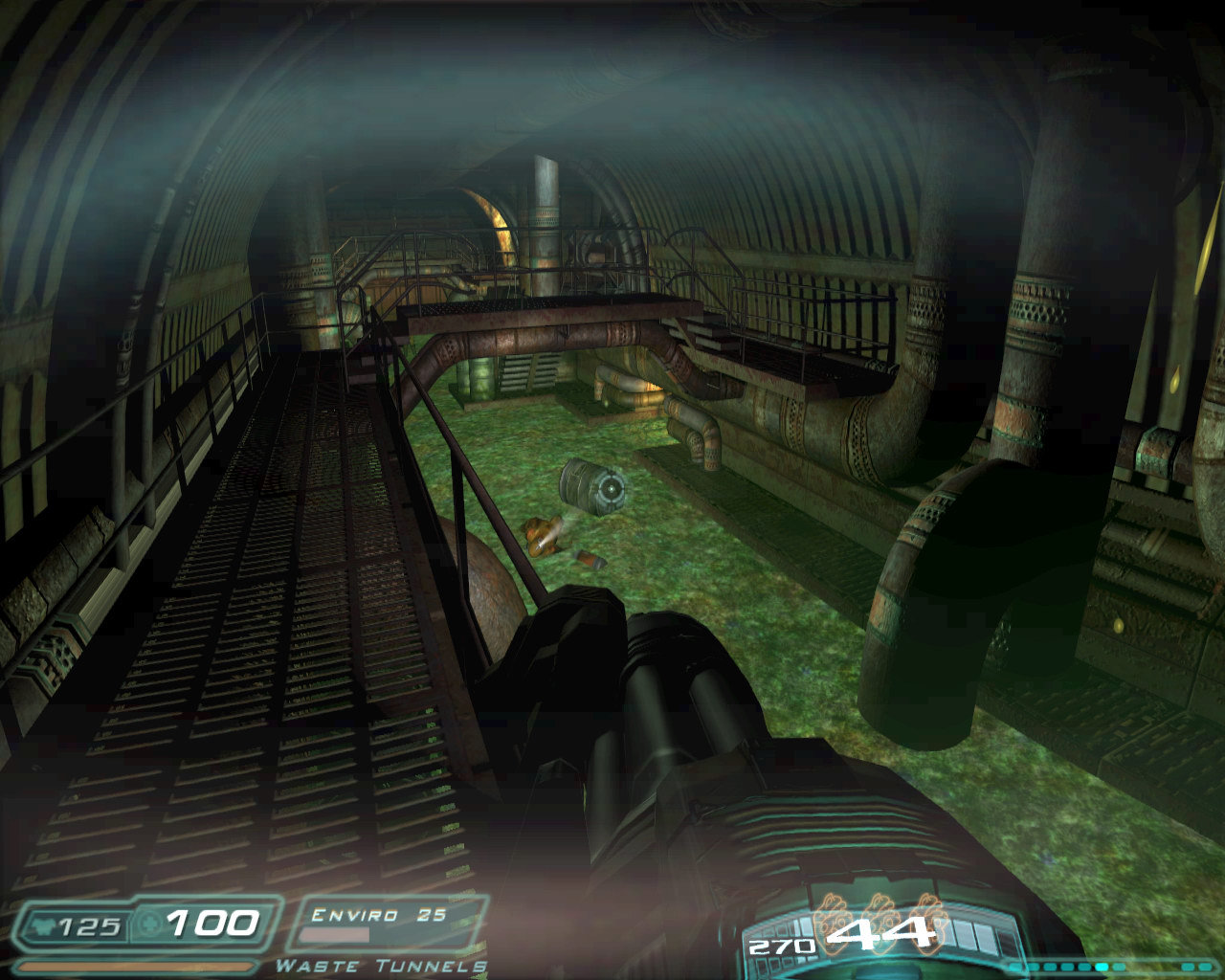