The classic gaming character Pac-Man is back for the third iteration of the Pac-Man World series. The game features the classic Pac-Man powers and adds a few new abilities–such as superstomp and electric shock–to assist the yellow-ball-like hero against his ghost foes. You will also be able to take control of two different ghost characters. The game takes place in both 2D and 3D and includes the original Pac-Man arcade game.
Features
* New story puts Pac-Man into a strange new world, leading him to the mysterious Spectral Realm.
* Control the Ghosts! – Special feature now allows players to control Pinky and Clyde
* Store an arsenal of power-ups like the Power Ribbon, Time Decelerator, Electro-Charge, Chrome Power, and Super Butt Bounce…and super-charge them by collecting special fruits!
* Get transported into classic 2D and 3D Pac-Man mazes to compete for bonuses
* New Pac-Man moves – Now you can climb fences, jump up walls, swing around poles and punch enemies!
* Includes the original Pac-Man arcade game from 1980!

Cutscenes pop up throughout the game, and instead of having just subtitles, the characters speak as well. The subtitles are configurable in the game’s settings.
When starting a new save file, you will have 6 extra lives. However, when selecting a level from Level Select, you will only have 3. Pac-Man retains his moves from the previous two Pac-Man World games, like the butt-bounce and the rev-roll, and he gets the ability to punch. Now, butt-bouncing three times in a row will create a shock-wave that will affect enemies circling in on Pac-Man. Also, when Pac-Man rev-rolls, pressing the jump button will no longer make Pac-Man stop rev-rolling. He will jump as he’s rolling instead.
Normal attacks don’t work on Spectral monsters, but Pac-Man can eat a power pellet, turning the ghosts blue, just like the original.
There is a museum accessible by the main menu, where you can look at Pac-Man game history, and play Pac-Man itself. The game is a port of the original, and, unlike the previous Pac-Man World games, there is no border around the vertical game screen. 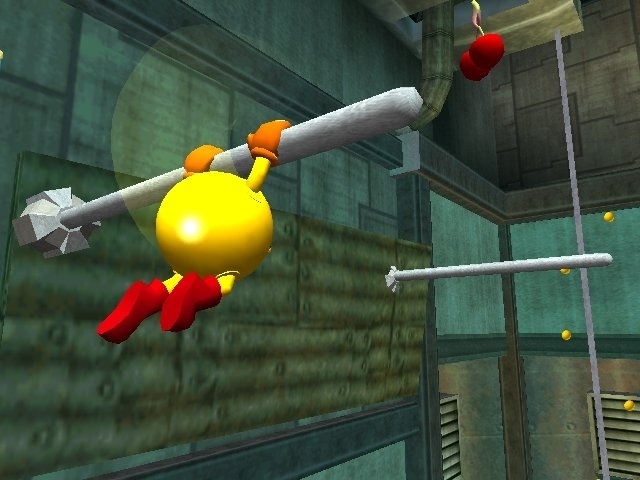 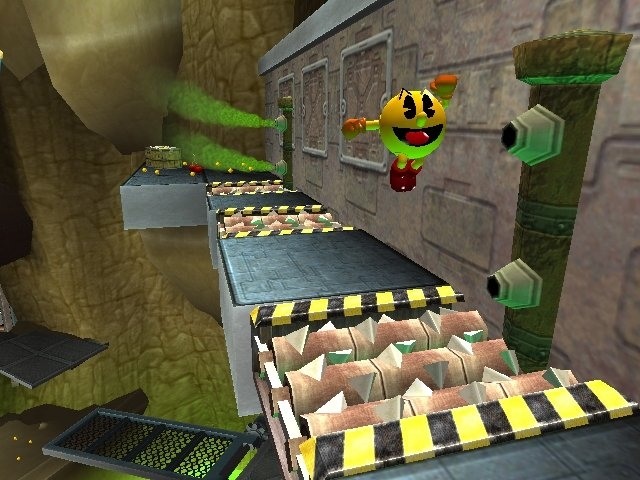 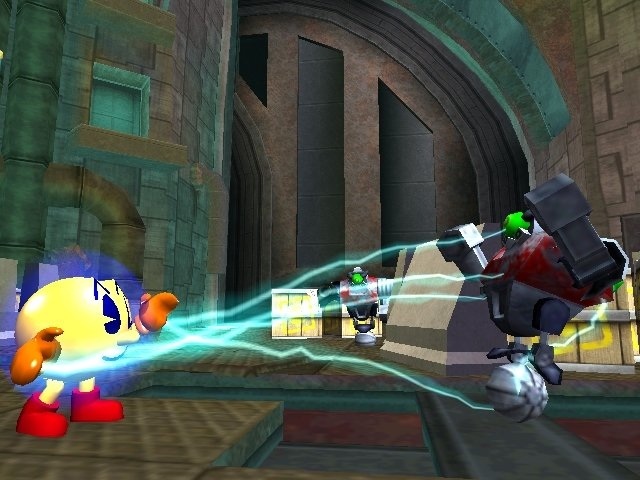