About Act of War: Gold Edition

Act of War: Gold Edition includes Act of War: Direct Action and the expansion Act of War: High Treason.
Act of War: Direct Action
Act of War: Direct Action is a highly realistic, near future real-time strategy game, set against the backdrop of a conflict that threatens to permanently change the face of our world. Created in conjunction with US Air Force captain (ret.) Dale Brown, author of 14 New York Times best-sellers, this techno-thriller game puts you in control of Task Force Talon, a direct action team put together to defend cities around the globe. With the ultimate in authentic modern day weaponry, vehicles and intelligence at your disposal, no other game puts you in better control of tomorrow’s war!
Act of War: High Treason
Act of War: High Treason is the thrilling continuation of Act of War: Direct Action. With its fast-paced, action-packed and well-balanced gameplay, extensive tech tree and amazing visuals, this ultra-realistic modern military real-time strategy game is sure to be a welcome addition to any RTS fan’s shelf!
With naval combat, expanded tech trees and a massive new single-player campaign, High Treason contains hundreds of hours of intense RTS gameplay!
Control the ultimate in cutting-edge military technology and units in this first look at tomorrow’s war!
-Command highly realistic modern military units
-Experience unique gameplay through a seamless convergence of movie-quality cinematics, and live action
-Skirmish with up to eight players in a variety of intense multiplayer operations
-Face the realities of real urban combat as you defend the streets of London, San Francisco and Washington, D.C.
-Capture enemy soldiers, rescue hostages, and occupy or destroy buildings.
-Live out a gripping storyline from best-selling technothriller author Dale Brown

Act of War plays like a traditional RTS. Money is the only resource in the game and can be generated by building oil refineries and depots which convert oil to cash. The game has three factions: the US Army, Task Force Talon and the Consortium. Each faction has their unique strengths and weaknesses. Ground-based unit effectiveness is dependent on health. When the unit is at 25% health, the unit suffers a speed penalty. At 10%, the unit cannot fire, and in the case of infantry, they become immobile and slowly lose health until they die. Units gain promotions and stat bonuses by killing enemy units. 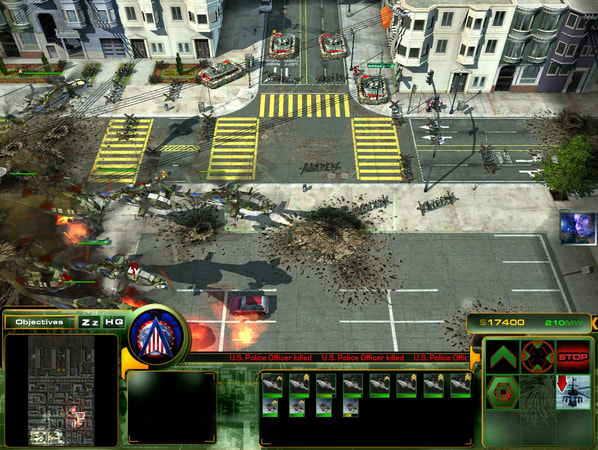 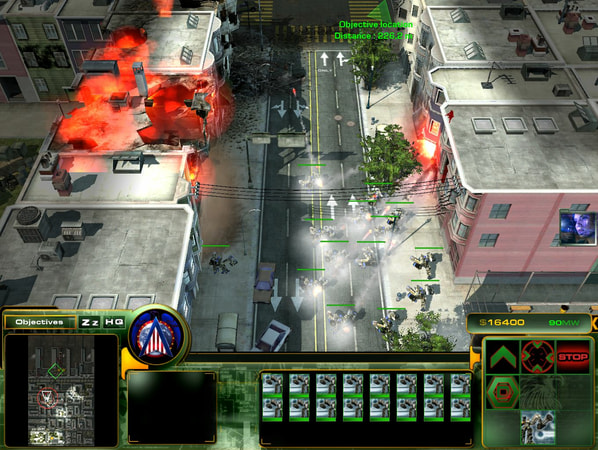 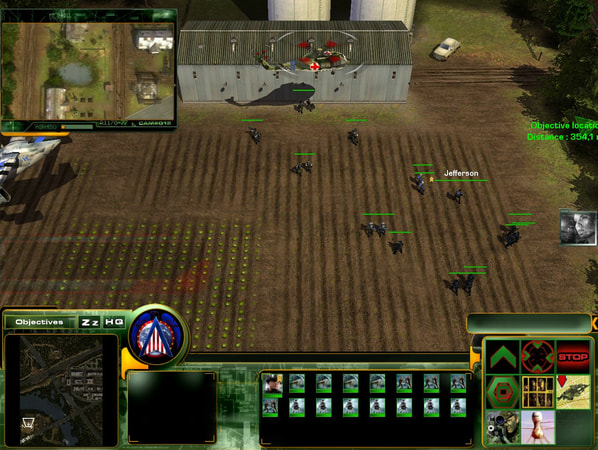