Evil Dead: Regeneration is an action hack and slash video game developed by Cranky Pants Games and published by THQ released for the PlayStation 2, Xbox and Microsoft Windows. It is a video game of The Evil Dead series, but with new weapons and traditions.

Because of the events of Evil Dead 1 & 2 Ashley J. Williams is believed to be criminally insane and is locked away in an asylum. During a visit from his lawyer, Sally, she confesses that she has found Professor Knowby’s diary and believes Ash’s story about what took place in the cabin. Dr. Reinhard (Ash’s doctor) is in the possession of the Nercronomicon. As Sally leaves, Reinhard unleashes the Army of Darkness. The “deadites” break Ash out of confinement. Ash eventually finds his boomstick, chainsaw, and clothes (killing many deadites in the process). Before Ash can leave the asylum, he is confronted by Professor Knowby’s ghost. After telling Ash Reinhard’s plans, Ash decides to leave. It isn’t until Knowby tells Ash that Sally is in great danger because of her possession of Knowby’s diary, that Ash decides to save Sally which would also stop Reinhard’s plans. In order to stop Reinhard, Ash must close several deadite portals. To do this Ash needs the help of Sam.

The gameplay mostly consists of hack and slash with small conveniently placed puzzles. The player takes the role of Ash Williams as he fights off hordes of Deadites. The player can find different kinds of weapons in levels which find use in different situations. Early on in the game Ash receives his sidekick Sam who fights along with him in battle. Unlike other games where killing a friend ingame is taboo at best, Sam actually comically dies many times in the game. The player can kick Sam into openings to open doors or onto enemies to pop their heads off. The player can also possess Sam to get through small openings; the purpose is to open a door or a switch. At times, Sam is controlled by the computer and destroys adversaries without assistance. Sometimes enemies will need a ‘finishing move’ (pressing a specific button) in order to completely destroy them. 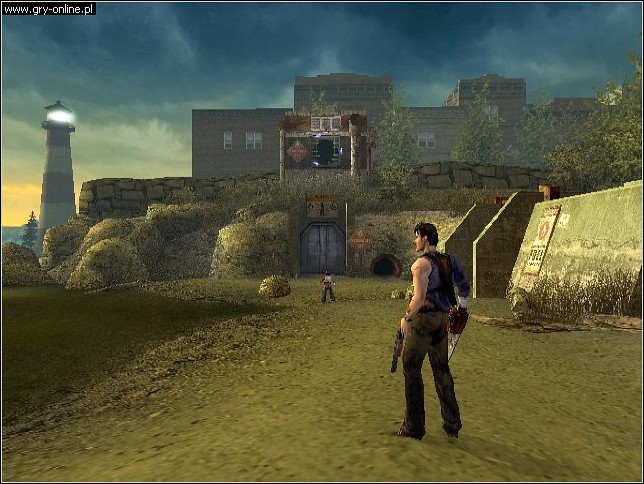 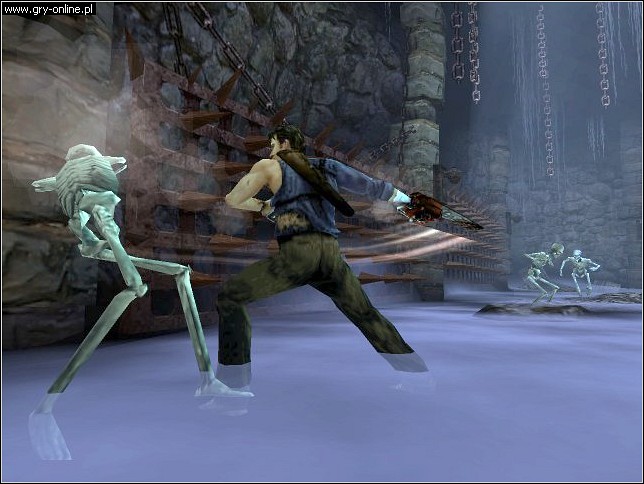 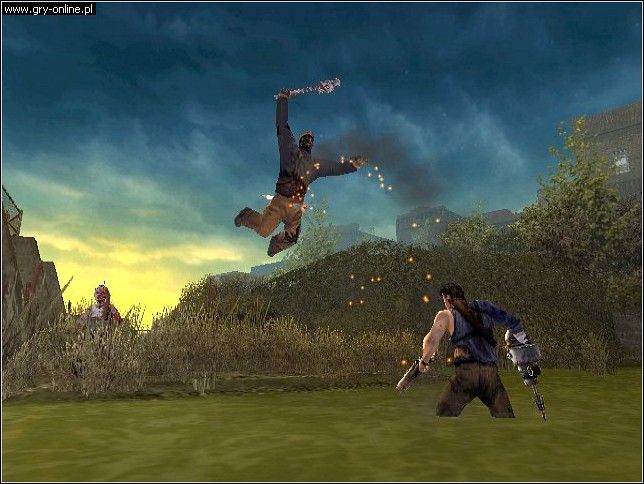