F.E.A.R. (First Encounter Assault Recon) is a survival horror first-person shooter video game developed by Monolith Productions and published by Sierra Entertainment. It was released on October 17, 2005, for Microsoft Windows, and ported by Day 1 Studios to the Xbox 360 and PlayStation 3. Timegate Studios has released two expansion packs, F.E.A.R. Extraction Point in October 2006, and F.E.A.R. Perseus Mandate in November 2007.

F.E.A.R. Platinum includes the original F.E.A.R. and its two addons: F.E.A.R. Extraction Point and F.E.A.R. Perseus Mandate.
The game’s story revolves around a supernatural phenomenon, which F.E.A.R.—a fictional special forces team—is called to contain. The player assumes the role of F.E.A.R.’s Point Man, who possesses superhuman reflexes, and must uncover the secrets of a paranormal menace in the form of a little girl.
F.E.A.R. places players in charge of the point man of an advanced paranormal military unit entitled “First Encounter Assault Recon” (or F.E.A.R.). The game takes place in the city of Auburn, and takes the player across a variety of locales that all fit a dark claustrophobic theme.
F.E.A.R. Extraction Point
Extraction Point kicks off where the original game ended – with a bang. As the helicopter which the F.E.A.R. team is on attempts to leave the vicinity, it instead winds up crashing. The F.E.A.R. team is thus forced to seek out an alternate extraction point, all the way battling the now free Alma and her paranormal minions across a destroyed city.
F.E.A.R. Perseus Mandate
As the first F.E.A.R. team and Delta Force fight for control of the situation, a second F.E.A.R. team is sent in to shed some light on Armacham Technology Corporation’s (ATC) dark past. As a member of a secondary F.E.A.R. team, you are brought in to discover more information regarding the secret project at the ATC facilities.

F.E.A.R. simulates combat from a first person perspective. The protagonist’s body is fully present, allowing the player to see his or her character’s torso and feet while looking down. Within scripted sequences, when rising from a lying position or fast-roping from a helicopter for example, or climbing ladders, the hands and legs of the protagonist can be seen performing the relevant actions. 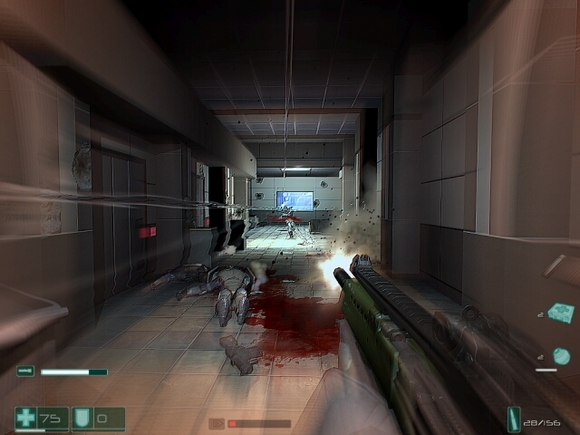 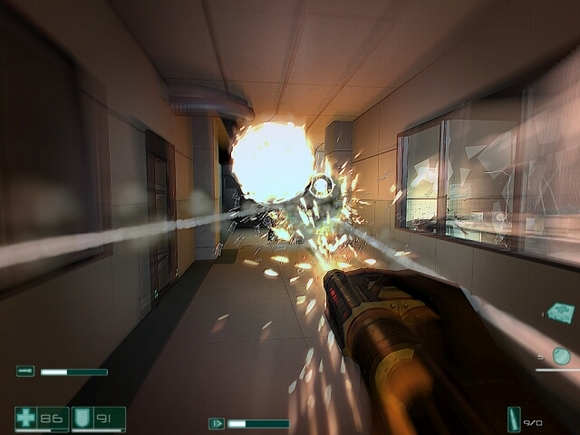 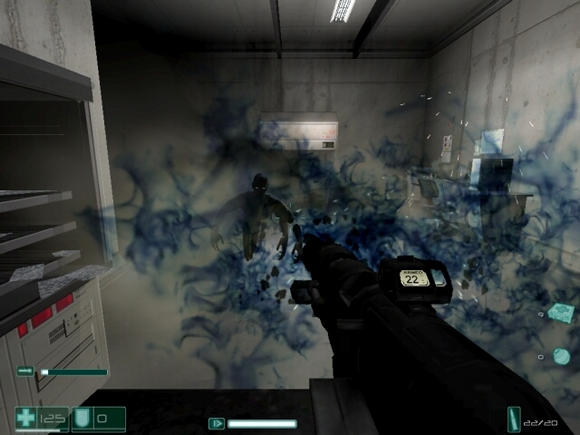